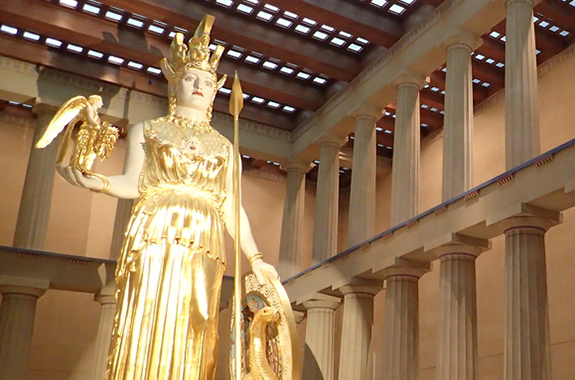 Long ago in Ancient Greece, theatre was invented. What better way to celebrate Metro Parks Theatre’s return to form this Fall than to perform some Ancient Greek stories?

“Greek Tales” is a collection of scenes, performed by elementary and middle-schoolers, that are based on the works of ancient Greeks like Aesop and Ovid that explore the moral tales of the day, and featuring many recognizable stories and characters (and gods!)  We will take this show on the road as our young performers can be seen at The Looby Theater, East Park Black Box, Centennial Black Box, and a special performance at the Parthenon for “Museum Day”!

This event is free and appropriate for all ages.